It has been reported that Aston Villa midfielder Ashley Westwood is up for his battle against Arsenal ace Jack Wilshere tomorrow. 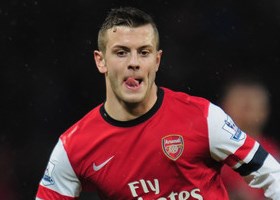 It is said that the former Crewe man is relishing the prospect of a personal duel with the England midfielder Wilshere.

Westwood said: “Jack’s very good. That’s why he’s an ­international and everyone talks about him.

“He can run with the ball, take people on and he creates lots of chances.

“If he starts scoring a few more goals he will be the complete midfielder.

“But it’s up to us young lads to try to knock him off that perch.”