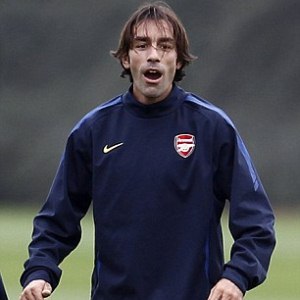 Aston Villa have sensationally confirmed that former Arsenal midfielder Robert Pires will sign for the club on a free transfer later this week.

The ex-French international departed Villarreal after spending four years in Spain and has been training with Arsenal in an effort to maintain his fitness levels.

The 37-year-old midfielder, who won the Premier League twice and the FA Cup three times during his six years at Arsenal, was recently linked with an unlikely move to non-league Crawley Town but will now be returning to the Premier League.

Villa confirmed on Tuesday afternoon that manager Gerard Houllier has been in discussions with representatives of Pires and that the midfielder will be signing for the Midlands club in the coming days.

He could possibly be available for the weekend’s game against Blackburn but his home debut could come against Arsenal on November 27.