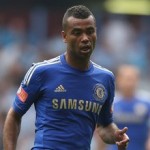 Aston Villa right-back Matthew Lowton faces a late fitness test ahead. The defender had been ever-present this season until being forced off at Norwich with a thigh strain last weekend and will be assessed later today. Defender Ciaran Clark (foot) and midfielder Karim El Ahmadi (thigh) are still out, along with long-term absentees Richard Dunne, Marc Albrighton, Gary Gardner and Chris Herd.

Chelsea midfielder Frank Lampard will start. The England international is currently on 201 Chelsea goals and sits one behind the benchmark set by Bobby Tambling. Eden Hazard (calf) and fellow forward Victor Moses (leg) are doubtful, but midfielder John Obi Mikel (hip) is available again as the Europa League finalists focus on their bid for a top-four place. Ryan Bertrand (knee) is out, but Oriol Romeu is in contention following his long-term absence with a knee problem.

Paul Lambert on the retirement of Stiliyan Petrov: “There are things in my head but he’ll be the first to know. It’s only right I speak to him first and see how he feels. I think he has got a lot to offer, the way he is as a guy but because of his football knowledge as well. He’s been about the block, he’s been an international player, been captain of big clubs and captain of his national team. I’m not so sure he’ll be cut out as a manager, I’m not so sure he would like that stress level. If he was a manager, he would probably age within a month.”

Rafael Benitez: “We know we have to win one game. It will be tough because they are desperate to stay in the Premier League. But we are in a very good position to finish third because of our goal difference if can win and get a draw.”