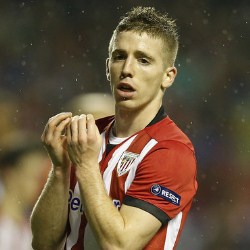 Interesting news are out and it has been revealed that Athletic Bilbao are demanding huge money for Manchester United target Iker Muniain.

The Mirror says Sir Alex Ferguson is one of a number of the Spanish international’s admirers, but his agent has revealed Bilbao won’t let one of their prized assets leave on the cheap.

“Athletic do not want to sell,” said Jesus Medina.