Atletico Madrid booked their place in the Champions League final to face their cross-town rivals Real Madrid with a stunning result at Chelsea’s Stamford Bridge. 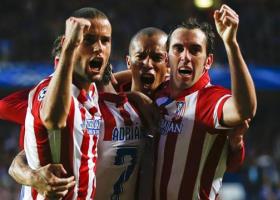 José Mourinho’s men set up to defend against the visitors, but some individual errors proved costly and Atleti deservedly got the goals to make an historic final for the club.

Minutes after Fernando Torres had fired the hosts ahead against his former club, some poor defending allowed Adrian Lopez to equalise, before Samuel Eto’o conceded a penalty in the second half which Costa converted.

Luiz almost gave Chelsea a route back into the game when he struck the post afterwards, but Arda Turan finished the hosts off with a third goal to complete their demise.

In the remaining time, Atletico cruised to a deserved victory, revealing their quality to the world in having thoroughly outplayed Chelsea in London.

Mourinho will surely point to the rebuilding work to be done – his side looked a long, long way from being the best side in Europe, and even his tactical mastery could take them no further.