Reports are out claiming that Chelsea boss Jose Mourinho is well aware that Atletico Madrid are a very dangerous opponent. 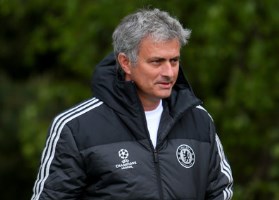 The Portuguese tactician has acknowledged that Diego Simeone’s side have plenty of ability to score goals and win matches of football so knows his Chelsea charges need to be at the top of their game to successfully navigate Los Rojiblancos and book a spot in the May 24 final in his homeland of Portugal.

“Against PSG we were in a position where we had nothing to lose and no one expected us to turn the result around. This is different.