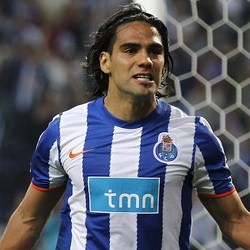 The Spanish club are in the hunt for a forward as a replacement for Argentine Sergio Aguero and Colombian international striker Falcao has emerged as their top target.

Falcao recently signed a contract extension until June 2015 meaning his get out clause rose from €30m to €45m.

“Falcao is a great player and we are trying to sign a great player, however, we are talking about a lot of money (to activate the release clause),” Cerezo said on Maisfutebol.

Chelsea To Include Lukaku In Bid For Atletico Striker Diego Costa