It has been reported that Atletico Madrid are chasing Chelsea winger Kevin de Bruyne. 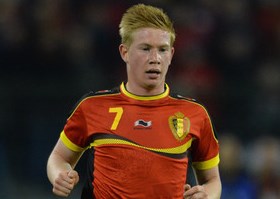 The Daily Mail revealed that Chelsea’s out-of-favour Belgium international is wanted by Atletico Madrid in January.

The former Genk star confessed this week that he may have to consider a mid-season move away from Stamford Bridge after failing to impress manager Jose Mourinho.

The 22-year-old midfielder, signed from Genk for £6.7million nearly two years ago, has played only five minutes in the Barclays Premier League since August and wants regular football to protect his place in the Belgium squad at the World Cup next year.