Interesting transfer news are out claiming that Atletico Madrid plan to bid for Chelsea midfielder Juan Mata this week. 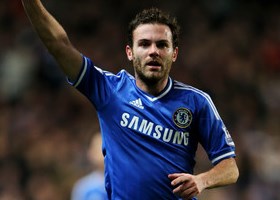 The Daily Star Sunday revealed that the Spanish club are just one of a host of clubs chasing Mata, who looks set to go on loan for the rest of the season, with PSG and Juventus also in the running.

But it is understood a return home appeals to Mata, who is desperate to make sure he is in the Spain squad for the World Cup next summer.

His agent is expected in London in the next few days for talks with Chelsea, who signed him from Valencia for £23.5m in August 2011.