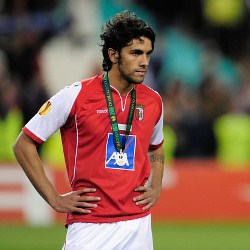 Spanish club Atletico Madrid have completed the signing of Portuguese defender Silvio from Braga on a five-year contract.

The versatile defender, who had announced two months ago that he would make the move in the summer, will be presented at the Calderon on Tuesday.