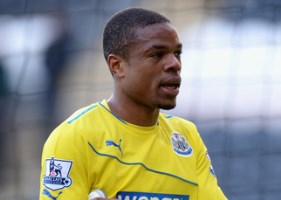 The French international striker, on-loan at Newcastle from QPR, has enjoyed an outstanding campaign this season.

Moyes is keen, but will have to scramble to beat Arsenal, which can offer Champions League football to Remy for next season.

Atletico Madrid are also interested, though Remy would prefer to remain in England. AS Monaco To Rival Arsenal For Newcastle Fullback Mathieu Debuchy