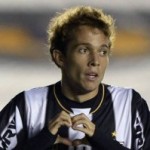 Bad news for all Arsenal fans as the club is set to miss out on Atletico Mineiro midfielder Bernard.

The Brazilian international’s agent recently confirmed that his client is set to join either Porto or Shakhtar Donetsk.

French newspaper L’Equipe had earlier claimed the 20-year-old was set for a medical in London, but Arsene Wenger told the Daily Mirror that was not the case.

Bernard’s father has told O Jogo that the Gunners do hold an interest but expressed a preference for a move to Porto, with fellow Brazil international Hulk recommending his former club.

“Nothing is decided yet, but we know there is an interest from Arsenal,” he said.

“There has been nothing official from them. Hulk has convinced Bernard that Porto move would be better for him at this stage of his career. Porto would be a better move for his career.”