Reports are out claiming that Atletico Madrid are willing to meet the buyout clause of Porto striker Jackson Martinez. 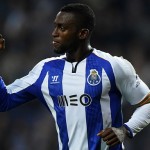 A Bola says Atletico are prepared to spend the €35 million fee that would also cover his buyout clause.

Atlético are in the process of selling Croatian striker, Mario Mandzukic to Juventus for a fee of €18 million and they see the Colombian as the ideal substitute.

Arsenal and AC Milan are also interested in Martinez this summer. I would love to see Higuain at Arsenal – Podolski