Avram Grant Set To Take Over At West Ham 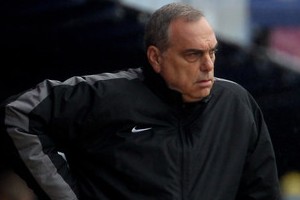 Current Portsmouth boss Avram Grant is expected to take the reins at West Ham United on a three-year deal.

The Israeli has been targeted by Hammers co-owners David Gold and David Sullivan as he works well on a tight budget as highlighted by the fact he got Pompey into the FA Cup final despite them being in a financial hole.

It looks as though the former Chelsea boss has won the race for the Hammers job ahead of a list which includes Sam Allardyce, Dave Jones and Ian Holloway.