It has been reported that Bacary Sagna will speak with Manchester City after he plays what is expected to be his final game for Arsenal. 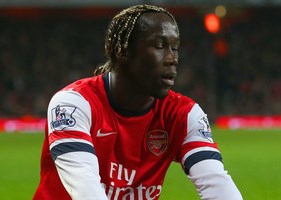 The French international right-back is out of contract next month and is being tipped to join City this summer with Goal.com suggesting he will speak with the Premier League champions next week.

It is said that the 31 year old will start for the Gunners in Saturday’s FA Cup final against Hull City which is likely to be his swansong for the north Londoners.

But it appears more and more likely that 31-year old Sagna will be making his way to the Etihad Stadium to sign a three-year deal before jetting off to Brazil World Cup with the France national team.

Sergio Aguero : Manchester City Will Go All Out Against Liverpool!