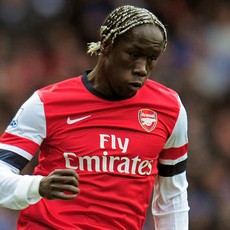 Reports are out claiming that Bacary Sagna has seen new contract talks with Arsenal stall.

The Daily Mail reported that initial discussions over an extension of the France international’s deal are believed to have stalled.

His current contract expires at the end of next season, but Arsene Wenger is keen to tie his first-choice right back down.

Sagna wants an increase on his current £60,000-per-week deal.