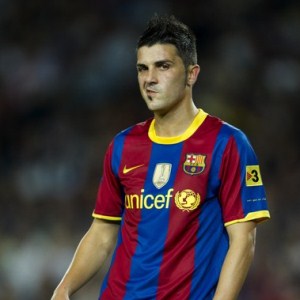 David Villa’s goal just after half-time was enough to see off Sporting Gijon as Barcelona lumbered through 1-0 with another lethargic display in front of their home fans.

Away manager Manolo Preciado made eight changes and while Barcelona were without their star man Lionel Messi they would have expected a far easier evening when the team sheets were announced.

Sporting’s fringe players proved, however, a resilient match for Barcelona who dominated possession but had to rely on Villa’s 49th-minute strike after Dani Alves’ through-ball gave him a rare sight of goal.