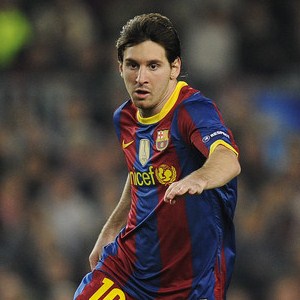 Lionel Messi scored both goals as a dominant Barcelona leapfrogged opponents Copenhagen to the top of Champions League Group D with a 2-0 win at Camp Nou.

David Villa and Dani Alves both hit the woodwork for the hosts, and the Catalans had three goals chalked off for offside.

Senegalese striker Dame N’Doye rattled the crossbar for the visitors with a magnificent half-volley but it was a rare chance in a game which Copenhagen spent chasing shadows.

Barcelona left Xavi on the bench and were without goalkeeper Victor Valdes who was struck down with an illness.

Stand-in stopper Jose Pinto was barely required, though, as Barcelona dominated from the very beginning.