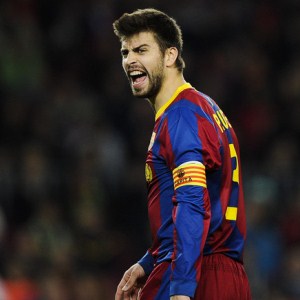 A largely second-string Barcelona consigned Rubin Kazan to a place in the Europa League after easing to a 2-0 victory in Tuesday’s Champions League encounter at the Nou Camp.

Andreu Fontas’ deflected second-half effort and a late Victor Vazquez strike earned already-qualified Barca their fourth win in Group D and meant Rubin, who started the day a point behind second-placed FC Copenhagen, would have to settle for third place in the standings.

With top spot in the bag, Barca coach Pep Guardiola made a host of changes to the side that beat Osasuna 3-0 in La Liga at the weekend – the Catalan giants’ eighth win in their last nine competitive games.

The likes of David Villa, Xavi, Pedro Rodriguez and Dani Alves were given the night off, while Lionel Messi, Andres Iniesta, Carles Puyol and Victor Valdes started on the bench.