Reports have emerged claiming that Barcelona have revealed they paid €86.2 million for the signing of Neymar from Santos. 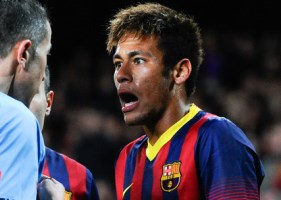 The transfer is being investigated by a court for possible misappropriation of funds following a complaint from a Barca member.

Sandro Rosell, who was named in the lawsuit but denies wrongdoing, stepped down as president on Thursday.

The Spanish giants had been reluctant to reveal all the details of the deal, citing the confidentiality agreement, but after a board meeting on Friday, Rosell’s successor Josep Bartomeu told a news conference Neymar’s father had given them permission to go public.

“Neymar’s father waived the confidentiality agreement because he considers what has happened (to Rosell) to be unjust,” Bartomeu said.

Neymar : To Play For Chelsea Would Be An Honour!