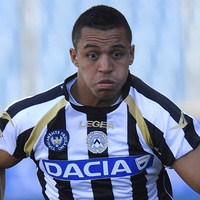 It has been revealed that Barcelona have won the race to sign Udinese winger Alexis Sanchez.

The 22 year old Chile international is set to jet to Nou Camp this week to complete the deal, understood to be worth £32 million, before returning to South America to join his Chilean team-mates for the start of the Copa America.

The speedy winger joined Udinese for £1.7 million in 2006 before being loaned out to Argentinean club River Plate the following year. However, 2010-11 was a watershed season for Sanchez, as he netted 12 goals and pushed the Serie A club into next season’s Champions League.

Delegates from both Manchester clubs met with Udinese representative Gino Pozzo last week, while Inter Milan and Juventus have also previously met with Pozzo. But Barcelona are believed to have trumped their competitors by offering £25 million up front along with a further £7 million as a performance-based incentive.

City were previously thought to be in the box seat to sign the Chilean, but in a curious announcement, Sanchez’s agent Fernando Felicevich used Twitter to say “Everything’s gone fine until now, said the pig with the apple in his mouth”, when describing the Barcelona talks. Felicevich made a similar cryptic post when another of his clients, Gary Medel, signed for Sevilla last season.

The news will come as a blow to the Premier League clubs, particularly City after Roberto Mancini said that Sanchez would be his primary summer transfer target. United, meanwhile, are expected to continue their hunt for Aston Villa winger Ashley Young.

Iniesta : Mascherano Is A Great Boost!