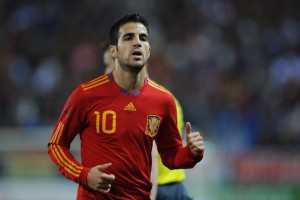 Barcelona sources has revealed that the club have the cash power to convince Arsenal to sell captain Cesc Fabregas.

Spanish newspapers have reported that Barcelona will throw the bank at Arsenal to sign the Spain international midfielder.

It is said that the agreement between the player and Barcelona is complete and that both sides have agreed on everything, including the ‘timing’ and the question of dealing with the operation when the time is right.

It is also said that until that day, both the player and the club will deny any contact.

Barcelona is said to have the cash available to sign Fabregas, having raised a staggering €47 million in just six months thanks to the team’s on-field success.