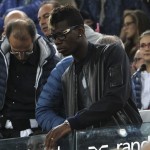 Barcelona have joined the race to sign Pogba, valued at upwards of £60million, if he were to leave Juventus, with Braida admitting he has held discussions with his “friend” Beppe Marotta, the Juve general manager.

“We like Pogba, we like him a lot. But that’s needless to say. All the big clubs like a champion such as Pogba,” Braida told Tuttosport.

“Marotta is a friend of mine and we talk about a lot of things. We have also discussed Pogba.

“He is still young, but already shows things of the highest level. It would be a hugely important operation for Barcelona, a very interesting one.” Arsenal Have Nothing To Lose Against Barcelona – Koscielny