It has been reported that Barcelona chief Robert Fernandez insists there was no firm bid from Manchester United for Neymar. 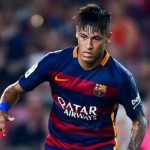 It was reported over the summer that United had sounded out Barca about Neymar and were willing to pay his buyout clause.

“€190 million for Neymar? I’ve read a lot about it, but nothing was received by us.

“There are many incredible stories in the newspapers,” smiled Fernandez. Lionel Messi Expected To Be Fit For Osasuna Clash