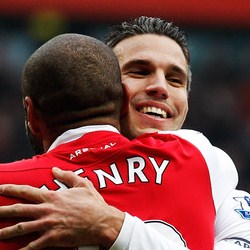 It has been revealed that Barcelona have cooled talk of making contact with Arsenal captain Robin van Persie.

The reigning Spanish and European champions say no contact has been made with the club or his agent and that they are focused on winning the Liga and Copa del Rey.

“It’s rumours that appear in the papers. We’ve not contacted Arsenal, nor his agent.

“Our focus is now on the Liga and Copa del Rey. It’s necessary to be focused on the task at hand and not be distracted by the transfer market.”