It has been revealed that Barcelona have denied reports coach Tata Martino has decided to leave at the end of the season. 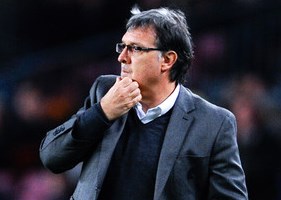 Fresh reports emerged yesterday that the 51 year old Argentinean had informed his closest friends that he will leave Barca in the summer.

However club spokesman Manel Arroyo declared: “It is completely false that Martino has said this to one of his technical staff.

“He is focused on the challenges with Barcelona. All three titles are available.”

Lionel Messi Out For Three Weeks With Thigh Strain