Reports are out claiming tha Barcelona have identified Chelsea defender David Luiz as a replacement for departing captain Carles Puyol. 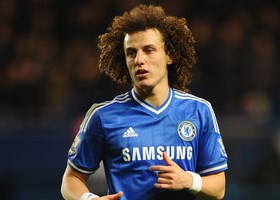 Puyol announced yesterday he would be leaving Barca at the end of the season.

The Telegraph reported that a bid of €30 million (£24.7 million) is expected for Brazil international Luiz.

Barcelona hope to conclude a deal swiftly before the World Cup finals kick off in June, with Luiz an important figure in Luiz Felipe Scolari’s Brazil squad.