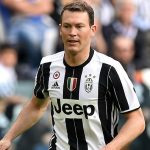 It has been reported that Barcelona are considering a move for Juventus veteran Stephan Lichtsteiner.

Marca says with Sergi Roberto still familiarising himself with the role and Aleix Vidal far from Luis Enrique’s good books, the experienced defender appears to be a solid solution.

What’s more, Lichtsteiner can play in the Champions League having failed to make the Bianconeri’s 25-man squad for the group stages, heightening the Blaugrana’s interest.

The Swiss full-back’s contract is up in June and although Juventus have an option to extend it by a season, his days in Turin are most likely numbered. Messi Did Not Ask Me To Stay – Cesc Fabregas