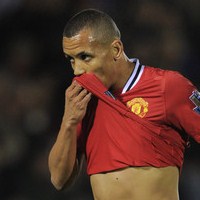 Interesting news are out and it has been revealed that Arsene Wenger is planning a raid on Manchester United for Ravel Morrison.

The Sunday Mirror revealed that the Arsenal boss is an admirer of the ­18-year-old midfielder touted as the outstanding player of his generation.

News of Wenger’s interest has been welcomed by the England Under-19 star, who would consider a switch to the Emirates.

Morrison is frustrated that he has been unable to break into United’s senior squad, ­despite their ­midfield ­injury woes.

Newcastle United had a £1m bid rejected last week after United revealed contract talks between the two ­parties had broken down.

Barcelona and PSG are monitoring the situation.