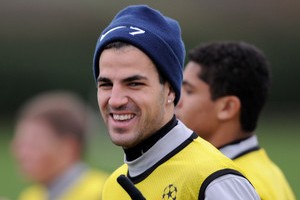 It has been revealed that FC Barcelona have first refusal on two of the world’s hottest transfer properties.

Sandro Rosell, who has declared that he will stand for the Barcelona presidency in June, secured first option on Cesc Fabregas in 2003 as part of the midfielder’s original move to Arsenal.

And despite all the speculation linking Bayern Munich star Franck Ribery to Real Madrid, Spanish newspapers have reported that Barcelona president Joan Laporta was assured by Franz Beckenbauer last summer they would be informed of all developments regarding the French international’s future.


Robinho Given A Hero’s Welcome At Santos