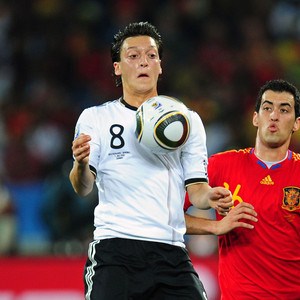 Sensational transfer news are out and it has been reported that Spanish champions FC Barcelona are ready to launch a bid for Werder Bremen midfielder Mesut Ozil.

Both Sport and El Mundo Deportivo reported that Barcelona are turning to the Germany World Cup star after Cesc Fabregas publicly declared his commitment to Arsenal on Friday.

Despite rival interest from Manchester United and Real Madrid, Barca are convinced Ozil wants a move to the Nou Camp.

The midfielder, who recently holidayed in the region, declared: “I’ve been a fan of Barcelona since childhood.

“I cannot describe exactly what it is but there is something that I love about the team. They’ve always had the best players like a few years ago when Figo and Rivaldo played together and now there is Messi.”