It has been revealed that Barcelona fullback Martin Montoya has slammed their attitude after back-to-back defeats. 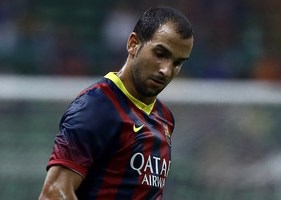 The Spanish champions lost to Athletic Bilbao on Sunday after their midweek Champions League defeat at Ajax.

“The team is lacking character and intensity,” said Montoya, though insists the drop in attitude would only be temporary.

“It’s not that we’ve lost any passion, because we’re hungry to keep winning titles.” Guardiola Furious With The Spanish Football Federation After Confusion

Rivaldo : Lionel Messi Can Be The Greatest Ever!