Reports are out claiming that Barcelona are in the market to make a veteran striker signing in January. 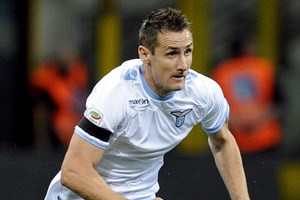 It is said that the Spanish champions are seeking an experienced player capable of making an instant impact after coach Tata Martino convinced president Sandro Rosell and sports chief Andoni Zubizarreta about the need for a new striker signing.

Punto Pelota revealed that a three-man shortlist has already been drawn up.

Valdez, once of Valencia, is now playing in Qatar for Al Jazira, but it is Klose who is favoured by Barca chiefs.