It has been revealed that Barcelona midfielder Cesc Fabregas has ended any hope of former club Arsenal luring him back to London. 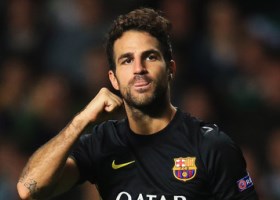 The Gunners were one day hoping to re-sign the Spanish international, while Manchester United have also been showing interest, declared that he is determined to end his career with Barcelona after returning to his Nou Camp home from the Emirates Stadium in 2011.

“It would be a dream come true to retire with Barca,” he told fans on Facebook.

“I will continue to work very hard to make that happen.

“Playing here is a dream and means everything to me because I have always been a huge fan.”