It has been revealed that Barcelona’s board insist there’s no concern over Lionel Messi’s new contract talks. 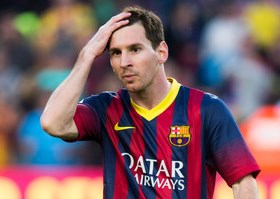 The likes of Paris Saint-Germain and Manchester City have been linked with possible world-record bids for the Argentine, but vice-president Javier Faus is not concerned.

Faus told TV3: “We are in permanent contact with Jorge Messi and are talking about all aspects of this improvement (of his contract), they are conversations that [Barca president Josep Maria] Bartomeu is having directly with the player’s father.

“Barcelona fans should not worry, we are all convinced that he will retire in Barca’s shirt.”