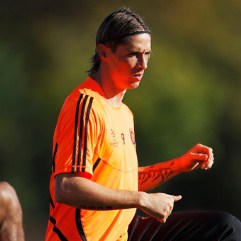 Chelsea boss Andre Villas-Boas drove the deal, offering Torres to Barca with the European champs losing David Villa for the season and was initially demanding Pedro in part exchange.

Barca coach Pep Guardiola, in talks with Chelsea chief Michael Emenalo in Brescia, refused to release Pedro and instead offered three of their top youngsters.

Blues midfielder Oriol Romeu also had a big say in the deal, convincing his three former Barca B teammates about life in London and at Stamford Bridge. The young trio are expected in London on Saturday to finalise their switch.