It has been revealed that Barcelona coach Tata Martino will not stand in the way of Alex Song should he seek a move in January. 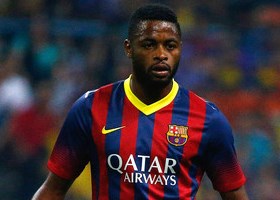 The 26 year old Cameroon international is unsettled at the Nou Camp after failing to nail down a regular start under Martino this season.

A return to England is likely for the former Arsenal midfielder, with Manchester United favourites for his signature.

AC Milan are also keeping tabs on his situation.