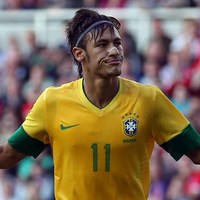 Bartomeu has declared they hope to sign the Brazilian youngster after the London Olympics.

“We would all like Neymar to come after the Olympics,” Bartomeu reportedly told Barca supporters’ groups in Morocco.

“He is a Santos player [at the moment] but I am sure Neymar will come to Europe in the future, and when that moment arrives we will be attentive so he can sign for Barcelona.”