Reports are out claiming that Barcelona president Josep Maria Bartomeu admits admiration for Arsenal over their stadium move. 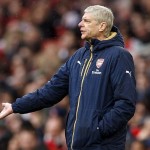 With Barca about to undergo a £500million refurbishment of the Nou Camp stadium, Bartomeu has also spoken of his admiration of Arsenal in managing to build the Emirates Stadium and stay in the Champions League, despite the huge financial commitment.

Bartomeu told the Mail on Sunday: “I know personally the real state of investment of Arsenal because we studied it and what they did and how they did it.

“Not only me, but members of the board because their investment in real estate together with the stadium was a success. We have been looking also at Arsenal and their youth football and we like very much philosophy of Arsene Wenger of his concept of football.”