It has been reported that Barcelona have reached a breakthrough in new contract talks with Lionel Messi. 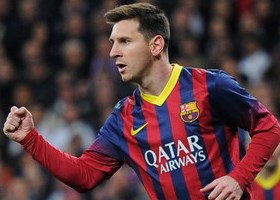 Sport reported that Barca president Josep Maria Bartomeu and Messi’s father, Jorge, have come closer to a compromise over a new agreement.

The deal is expected to run to 2019 and will make Messi the highest paid player in the world.