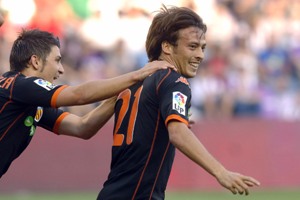 Reigning European and Spanish champions FC Barcelona has been reported to be ready to launch a bid for Valencia winger David Silva.

It has been reported that David Silva is a favourite of Barcelona coach Pep Guardiola who unsuccessfully tried to land the Spain international in August.

However it is believed that the Treble champions have been encouraged by Valencia president Manuel Llorente’s admission last week that their €550 million debts mean star players could be sold.

It is now said that Barcelona are ready to try again for Silva in January and could be given a clear run as scouts from Manchester United and Liverpool have concerns over the midfielder’s pace.