Interesting transfer news are out claiming that Spanish giants Barcelona have posted scouts to England to compile a dossier on Arsenal midfielder Jack Wilshere. 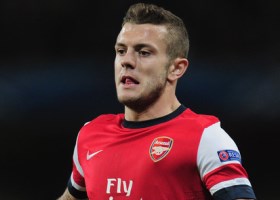 The Daily Star claims that scouts have been flown to England to keep a close watch on Wilshere.

It is said that the La Liga champions will make their first move in January and hope to complete the deal in the summer, according to sources in Spain.

Signing the England international is seen as a priority for the Spanish giants.

Barca top brass believe he is the best possible alternative to replace Xavi and Andres Iniesta.

While Xavi and Iniesta are ageing, Wilshere – at 21 – is seen to have his best days ahead of him.