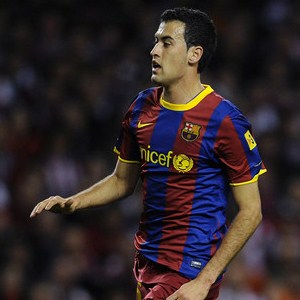 Reports are out claiming that Spanish champions FC Barcelona are struggling to strike terms with Sergio Busquets over a new contract.

The World Cup winning midfielder has been one of Pep Guardiola’s biggest discoveries, but Barca risk losing the midfielder with new contract negotiations grinding to a halt.

El Mundo Deportivo has reported that a high level meeting between both parties last week lasted over three hours – with no positive result.

It is believed that the Spanish international is demanding his wage be on a par with Javier Mascherano, who is now acting as the youngster’s understudy.

Manchester United boss Sir Alex Ferguson has been alerted to the situation, where Busquets could arrive as a replacement for long-term crock Owen Hargreaves in the summer.