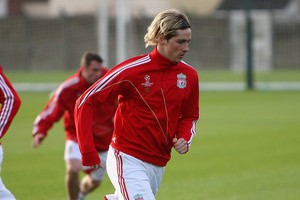 Barcelona are preparing a bid for Liverpool striker Fernando Torres.

Barcelona have appeared to have won the race to sign David Villa from Valencia.

And it is thought they will do whatever it takes to bring Torres back to Spain – funding the deal by selling Zlatan Ibrahimovic.

A deal to sign Torres would cost in the region of £70million, a figure that would push the limits of Chelsea owner Roman Abramovich’s considerable purse strings. Wenger Backs Barcelona Transfer Ban : They Did Not Respect The Rules!