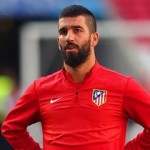 It has been reported that Barcelona are expected to win the race for Atletico Madrid winger Arda Turan.

According to reports in Turkey, Turan’s agent Ahmet Bulut has indicated that Barcelona have triggered the player’s €41m (£33m) release clause.