Reports are out claiming that Barcelona are watching Atletico Madrid defender Joao Miranda. 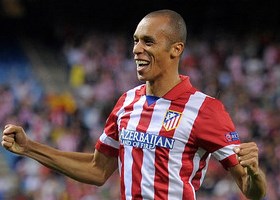 The Brazilian has been mentioned as a target for Barca coach Tata Martino as he seeks a new centre-half signing this summer.

Martino has also been linked with fellow Argentine Fede Fazio or Sevilla.

Miranda, meanwhile, has been on the radar of Manchester United in recent weeks.

However it is said that the Spanish giants have an option on Miranda as part of the sale of David Villa to Atletico last month.