Reports are out claiming that Arsenal face competition from Barcelona for Bayern Munich midfielder Javi Martinez. 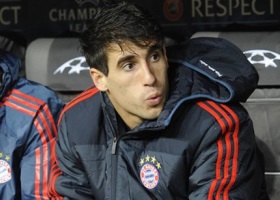 The Daily Mail reported that Barcelona are ready to blow Arsenal out of the water in the battle to sign Martinez with a £30million-plus bid for the unsettled Bayern Munich man at the end of the season.

Martinez is viewed as a Barca-style centre back, with his natural defensive instincts supplemented by an ability on the ball that allows him to function so effectively in midfield.

Arsenal made enquiries after Martinez earlier this week.