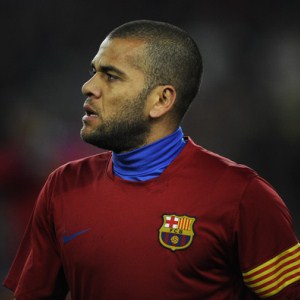 Reports have surfaced recently that the Brazilian international right back has been stalling over agreeing a new contract with the Spanish champions.

And now, honorary Barca president Cruyff revealed: “Barca are a sensational team with or without Dani Alves.

“Is it better to have him with us? Sure. Manchester City are interested though and it may be better to sell him than wait for his contract to end next year and leave on a free.

“If he goes, negotiations will be simple. We will say: ‘Thanks, goodbye and good luck’. But it is exactly the same as the case of Yaya Toure. Guardiola wants Alves to stay, as he did with Toure, but what cannot be, cannot be.”