Reports are out claiming that there is growing support inside Barcelona over a push for Manchester City striker Sergio Aguero. 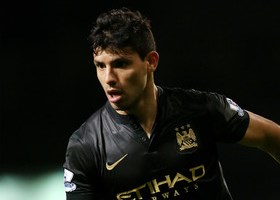 Sport revealed that Barca president Sandro Rosell has actively discussed bringing the former Atletico Madrid star back to Spain next season with his staff.

And Rosell has received positive support from the club’s Argentines, including coach Tata Martino.

Lionel Messi is also good friends with Aguero, as is Javier Mascherano, and they’ve all given Rosell their thumbs up over a move for Aguero next summer. Man City’s Sergio Aguero To Return After The International Break