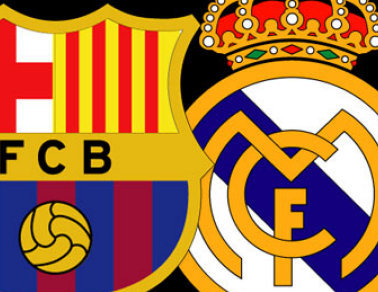 Jose Mourinho’s Real Madrid is set to take on Pep Guardiola’s Barcelona at the Nou Camp for the fourth and final instalment of their mini-series of Clasicos.

The previous three El-Clasicos were tightly contested by both team and now they meet once again in the Champions League semi-finals second leg.

Barcelona won the first leg 2-0 thanks to goals from Lionel Messi and Real Madrid will have a mountain to climb tonight especially against a Barcelona side who is excellent when it comes to keeping hold of the ball.

This would definitely be a revenge match for Real Madrid who will be fighting for pride and a place in the Champions League finals.

Real Madrid boss Jose Mourinho has been critised for his negative tactics in the first leg and the Special One will now have to attack if he wants to overturn the 2-0 deficit. Mourinho however will be watching the match from the stands.

Cristiano Ronaldo had a rather quiet night when the teams met last week and the Portuguese Peacock will definitely be up for it especially after his arch rival Lionel Messi stole the show at the Bernabeu.

Real Madrid To Report Barcelona To UEFA For Unsportsmanlike Conduct